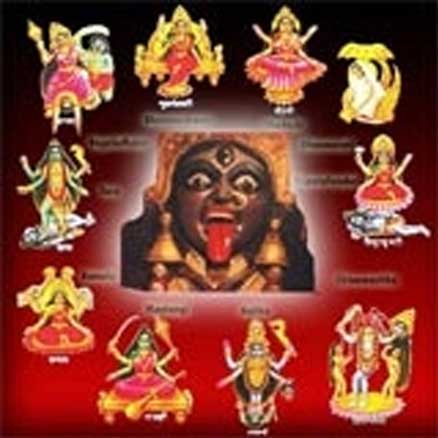 Ma Baglamukhi puja is done for Malefic period of mars or its mahadasa or antardasa for which affected individual requires immediate remedy to get relief from the suffering and agony created.Ma Bagalamukhi wears yellow dress and has a golden complexion marked by peace and prosperity. Bagalamukhi is also called Pitambara devi or Brahmastra Roopini seated on the golden throne in the middle of an ocean of nectar full of yellow lotuses. A crescent moon as an ornament at her head makes her look more attractive. Goddess Baglamukhi means one whose face has the power to conquer or control. Baglamukhi is the ultimate weapon to destroy all the enemies of universe. Baglamukhi is the super power which paralyses the evil forces. Bagalamukhi is also called Pitambara devi or Brahmastra Roopini and she turns each thing into its opposite. She turns speech into silence, knowledge into ignorance, power into impotence, defeat into victory. She represents the knowledge whereby each thing must in time become its opposite. As the still point between dualities she allows us to master them. To see the failure hidden in success, the death hidden in life, or the joy hidden in sorrow are ways of contacting her reality. Bagalamukhi is the secret presence of the opposite wherein each thing is dissolved back into the Unborn and the Uncreated. Baglamukhi Jaap Puja & Homam is performed for the remedy of black magic,curse done by others, legal problems, possibility of accidents, adverse incidents, unnatural events, enemy's mal-intention, disease, poverty

We offer 125000 Baglamukhi Jaap Puja & Havan with videography option,it is seven days Puja procession performed by 5 Priests. It is priced 1200$ all inclusive.